10th – 14th of April in Minsk the 18th season of Belarus Fashion Week was held - the most authoritative fashion event of the country!

The leading fashion brands of the country presented their FW19/20 collections on the catwalk. There were NELVA, Natalia Korzh, BALUNOVA FASHION DESIGN STUDIO, T. Efremova, TARAKANOVA, Candy Lady, emse and Pintel ™. In addition, foreign guests such as Alberto Zambelli (Italy) and IVAN MAN (Germany) showed their own collections to Belarusian public.

The 18th season was opened by Italian designer Alberto Zambelli. The designer brought the collection, which was previously presented at Milan Fashion Week. The participation of ONT TV channel personalities - Natalia Stelmakh, Irina Hanunik-Rombalskaya and Ekaterina Volovik appeared a striking element of the show. .

A brand of elegant clothes emse made an amazing fashion show, a source of inspiration for which was Met Gala Costume Institute. The show was divided into blocks: wedding, cocktail and evening. Moreover plus size outfits and options for women of elegant age stood out in separate lines. 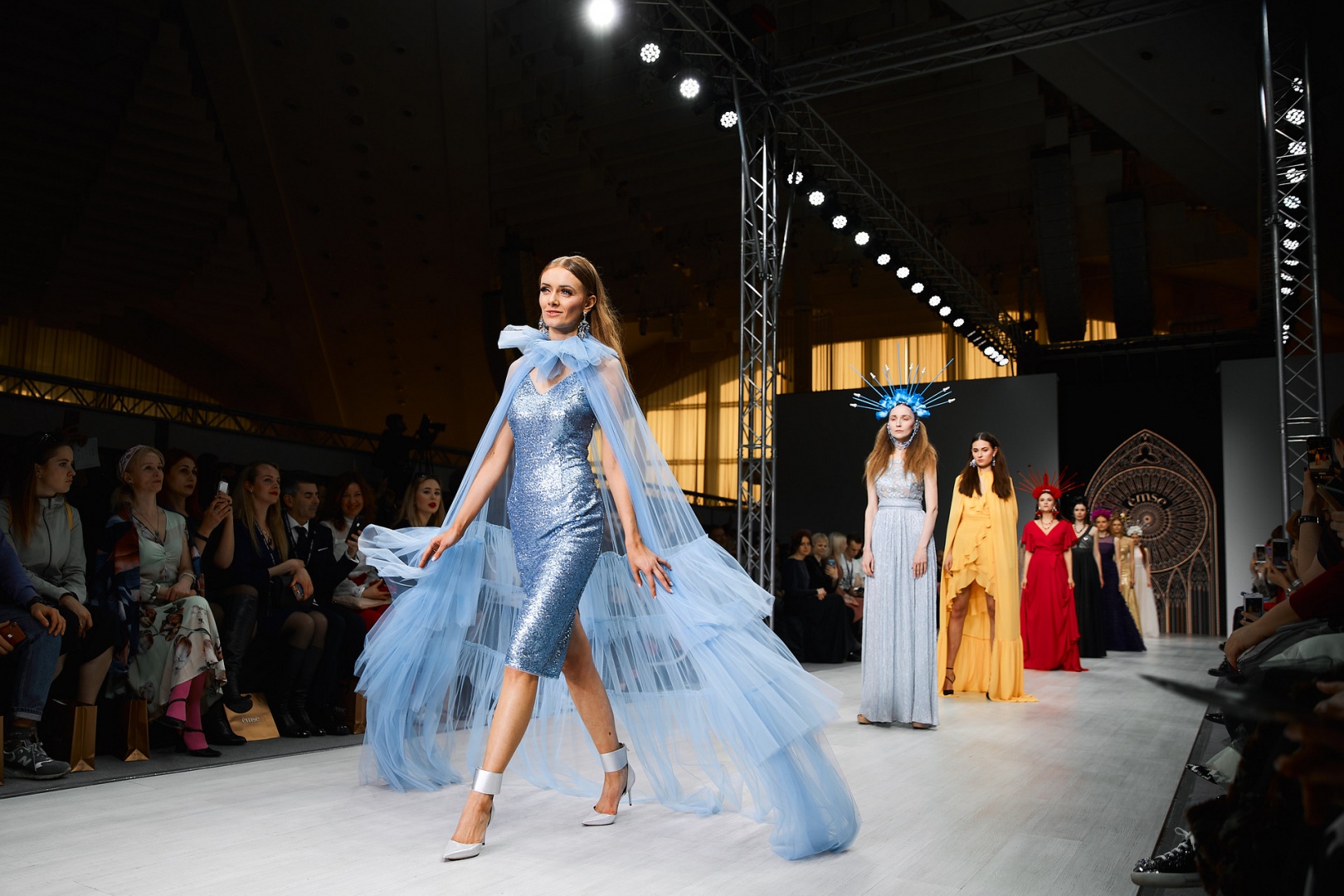 Концепция коллекции «Ветер ст The concept of the collection “Wind of wanderings” of NATALIA KORZH was based on the idea of ​​a woman who practices daily elegance as a style-basis. Natural silk, wool; manually knitted jumpers; coats; straw handbags; the noble colour palette is a mix of clothes that looks harmoniously and complete. 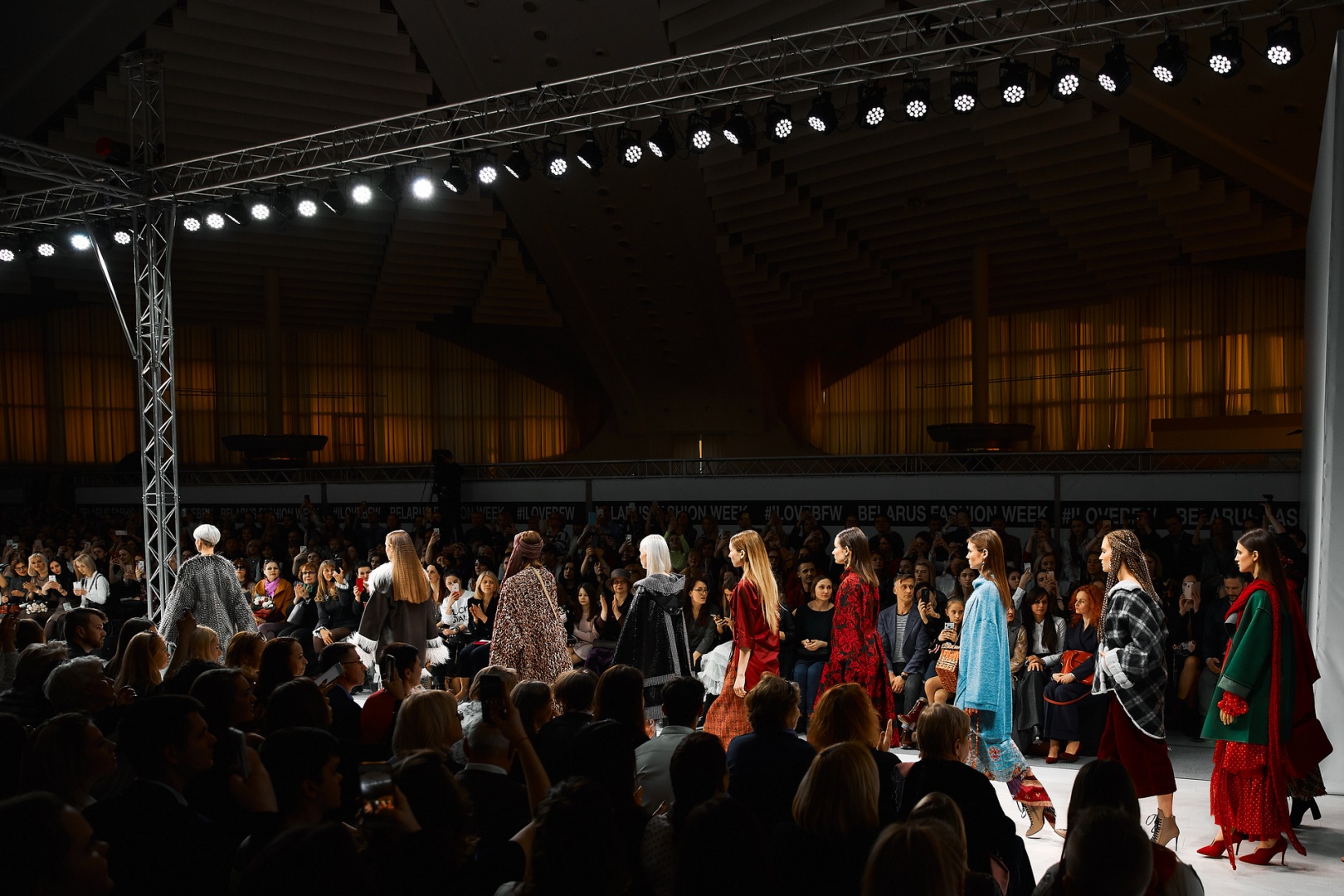 BALUNOVA FASHION DESIGN STUDIO confirmed one more time the title of one of the most up-to-date and stylish Belarusian brands. The new collection of Larisa Balunova is a modern classic that will be appropriate either in the office or at a party. 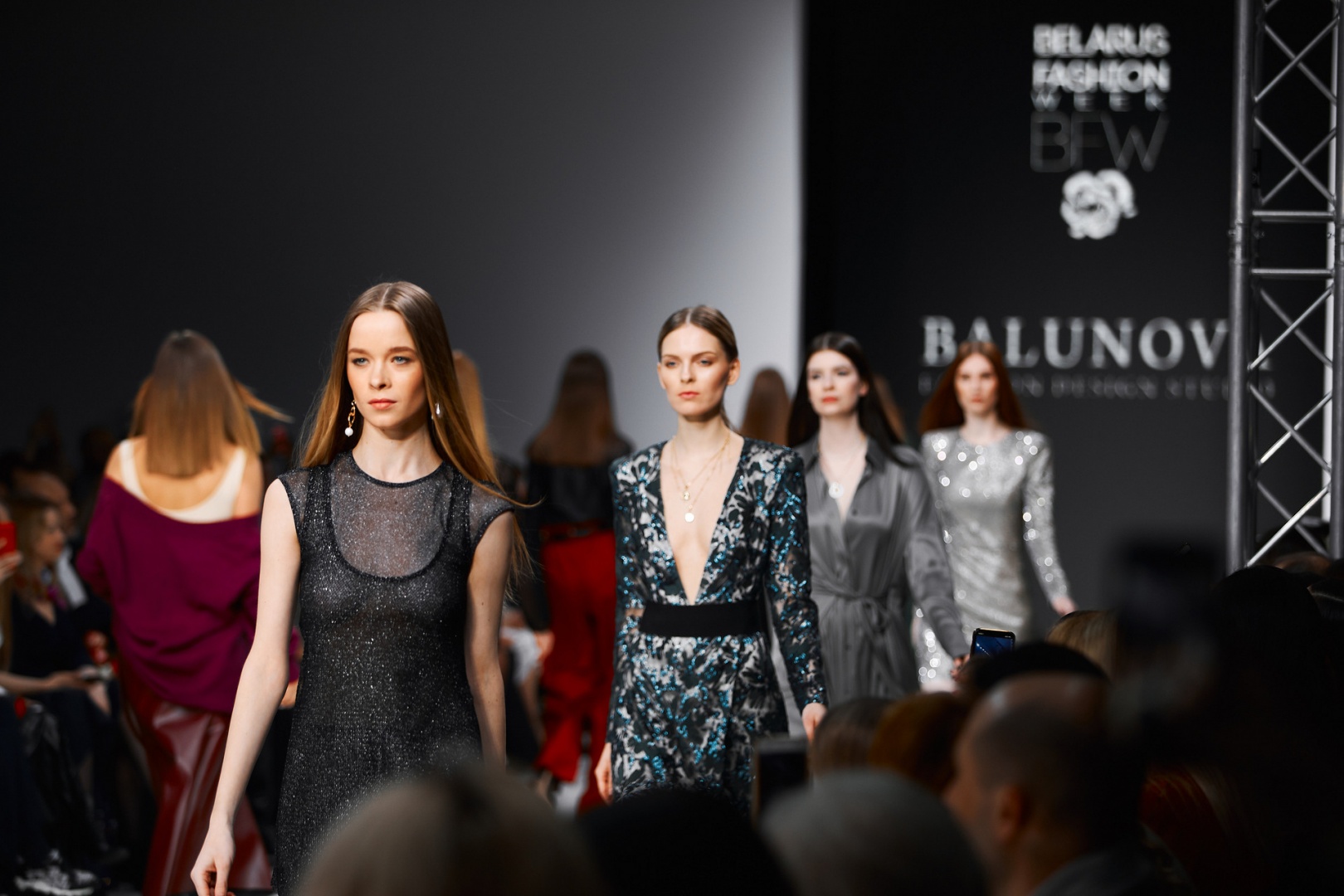 One of the most long-expected events was the show of Ludmila Tarakanova, TARAKANOVA brand. As always, an extraordinary view of menswear and a new interpretation of masculinity! 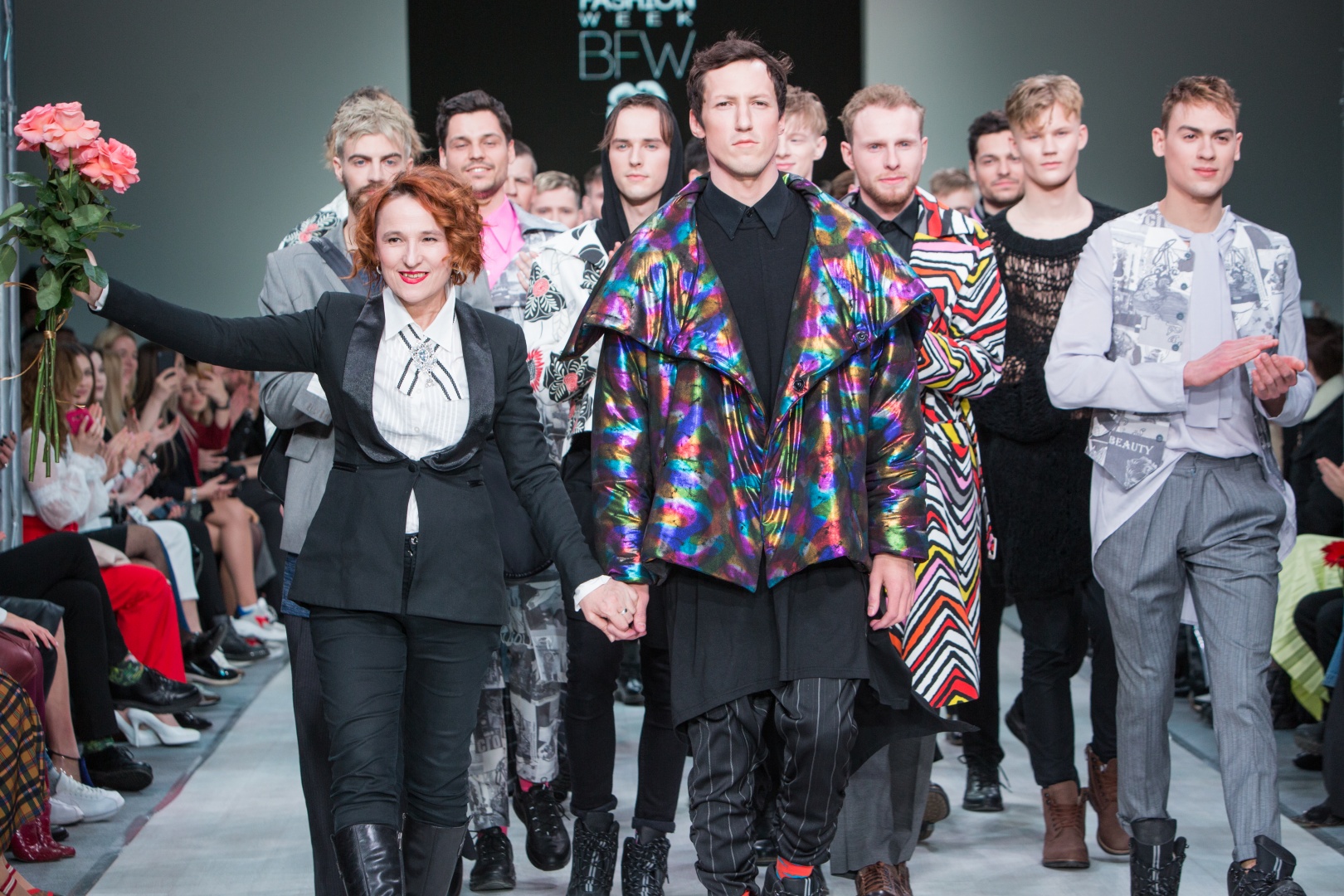 IVAN MAN, another designer of menswear continued the program. The demonstration was held in an unusual format - guys-models moved very slowly. The designer explained his choice of script with a kind of protest to fast rhythm of the shows and gave everyone an opportunity to examine each of the looks in details. 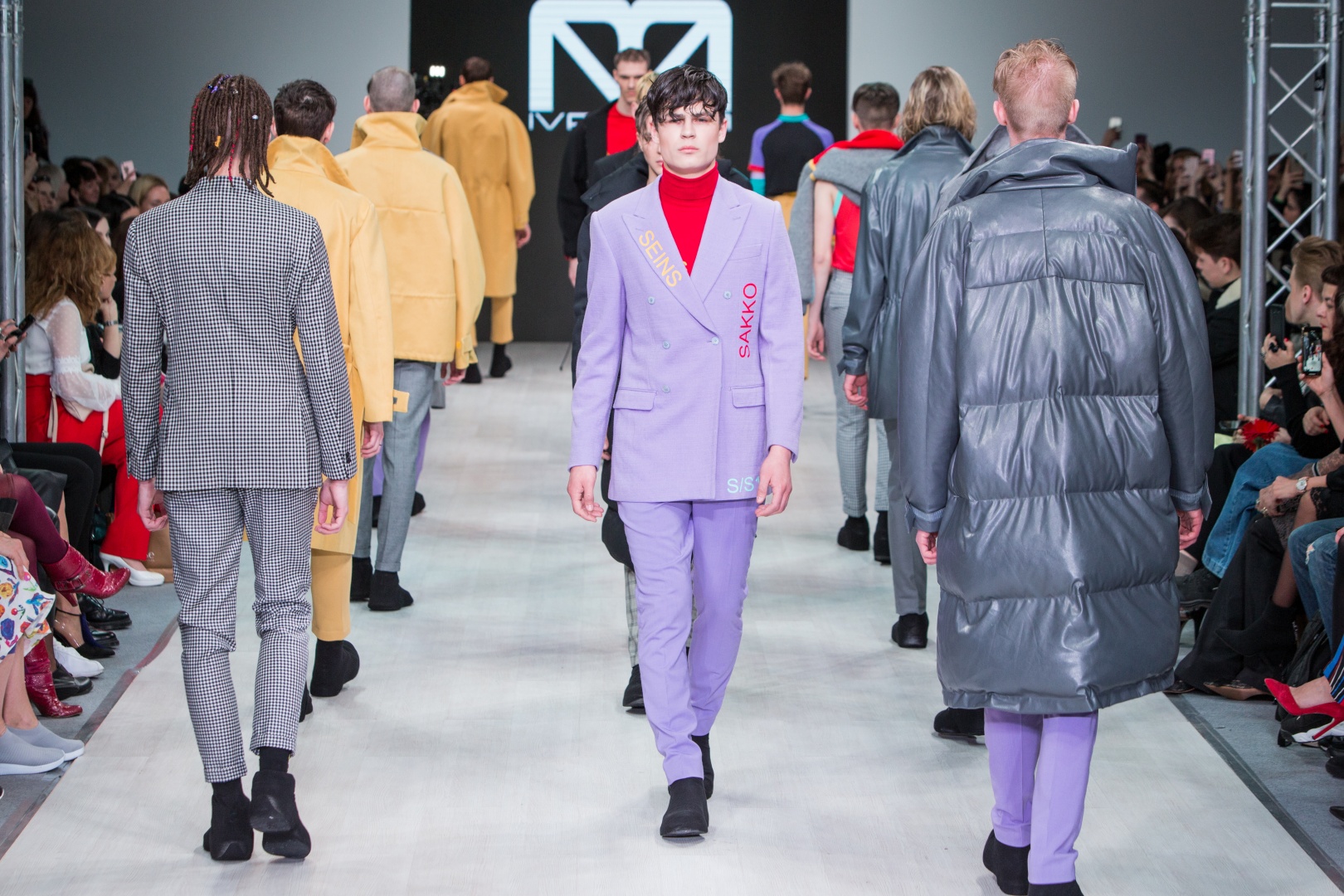 Designer Tatyana Efremova (T.Efremova) presented her collection “Traffic Rules” together with Marko Holding, which includes such brands as LUXURY FOX and BRAVO. Such a cooperation of major players of Belarusian fashion market demonstrated how stylish and modern can be the looks from clothes and accessories made in Belarus. 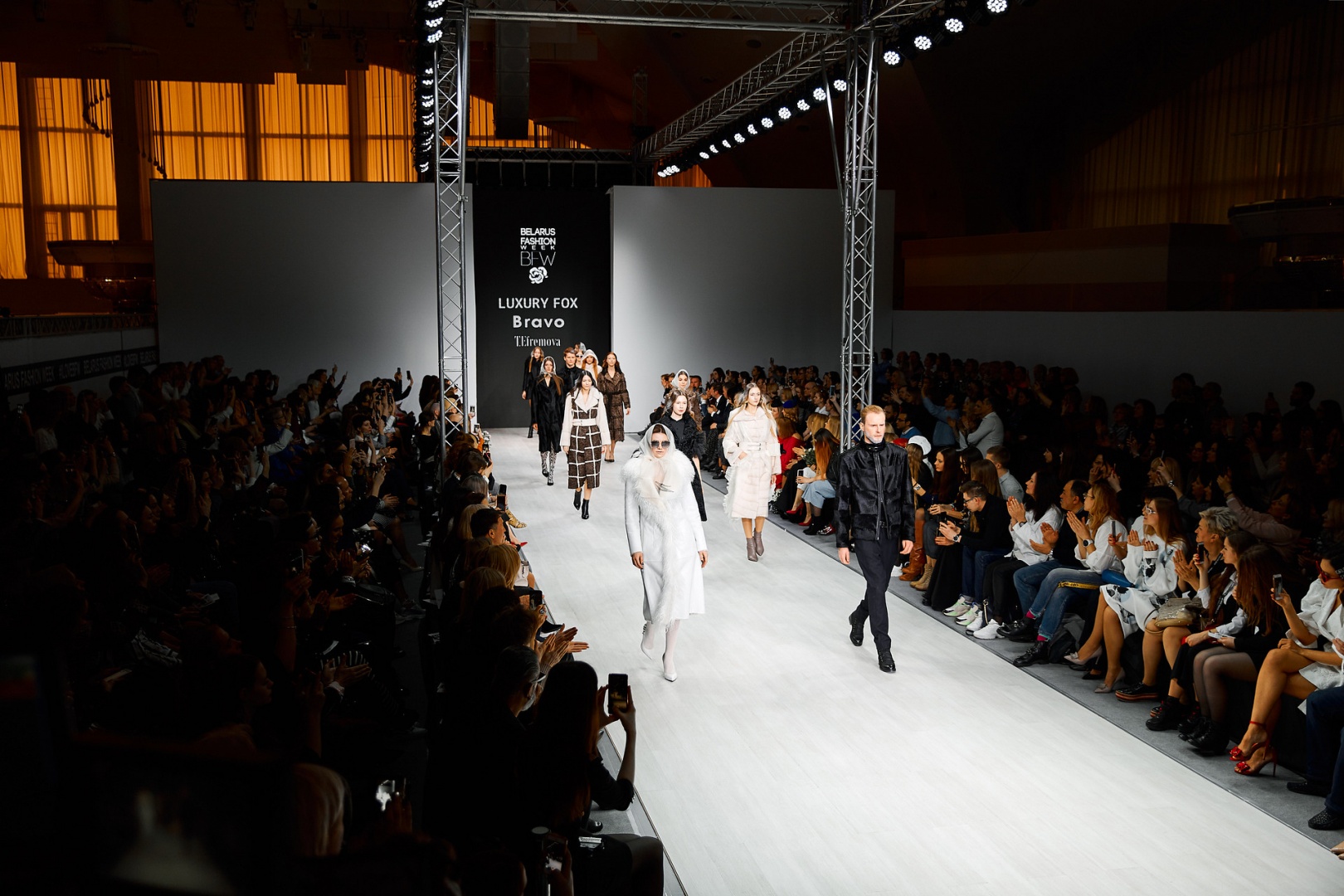 The new collection of Nelva - Mountain Chalet - has incorporated the latest trends of FW 2019/20 season. Separated in style but united in concept became the line of a sub-brand - Friday by Nelva. Here we found more relaxed looks in casual and sport chic styles. 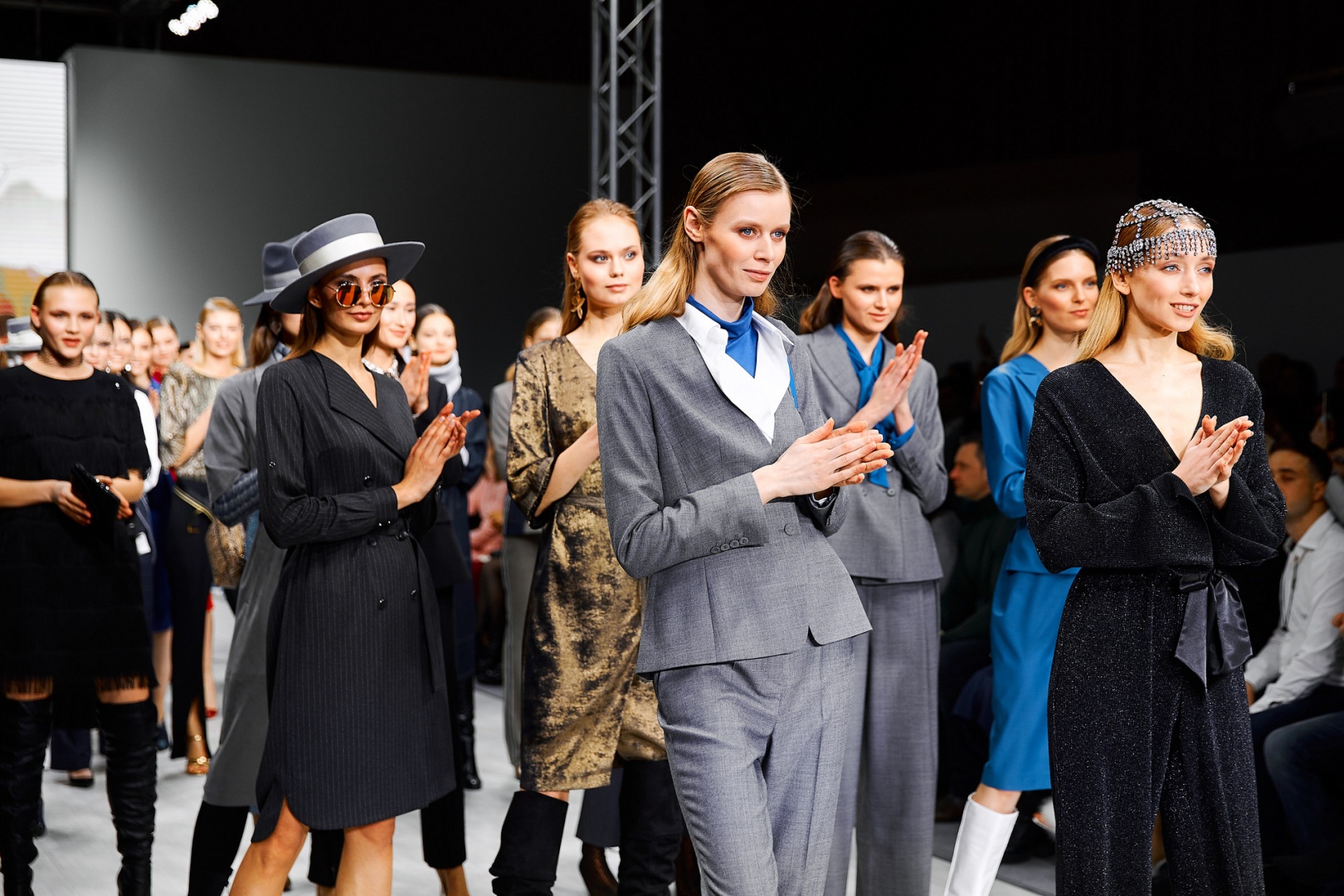 The Pintel™ fashion show became a finale of Belarus Fashion Week! The debut show-presentation of a new collection “Gamine” caused a real delight among the public! Masterfully balancing between Empire style and pop art, the designer fixed the attention of the public to exclusivity of the dresses. 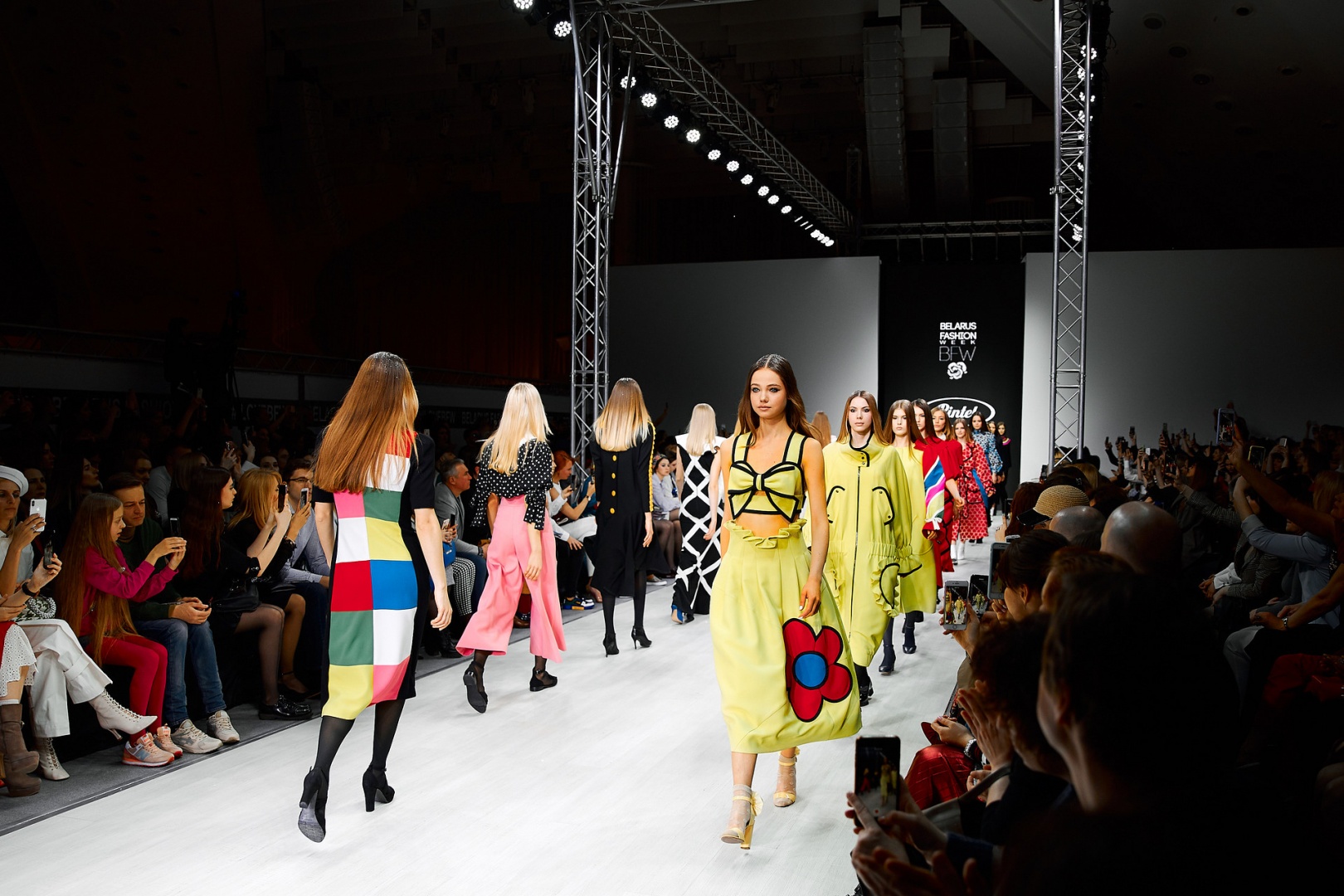 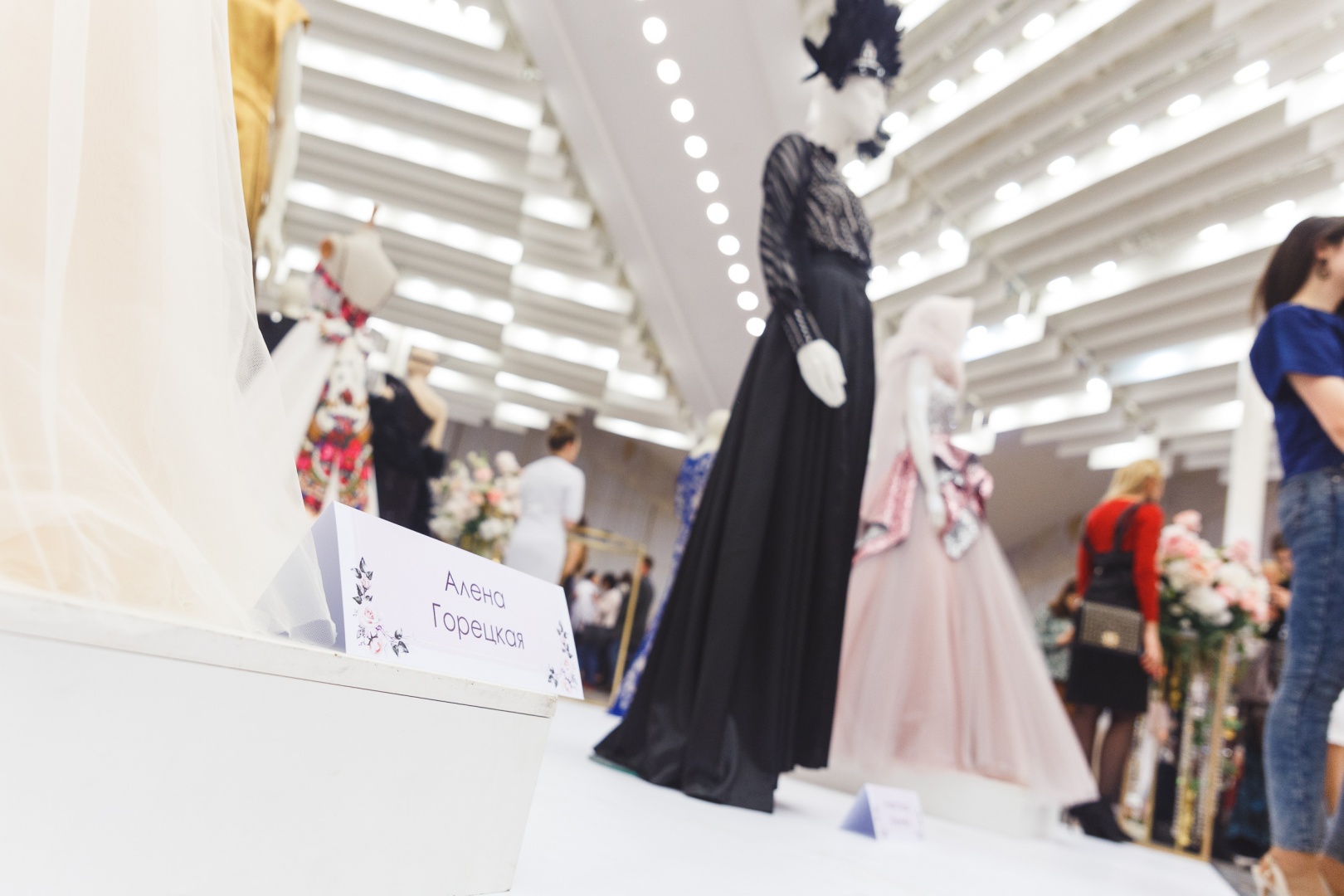 There was one more surprise for the guests in the schedule of Belarus Fashion Week - a special project of Belarus Fashion Council: See Now & Buy Now Fashion Show - a combined show of stylists aimed at demonstration of complete looks on the catwalk. 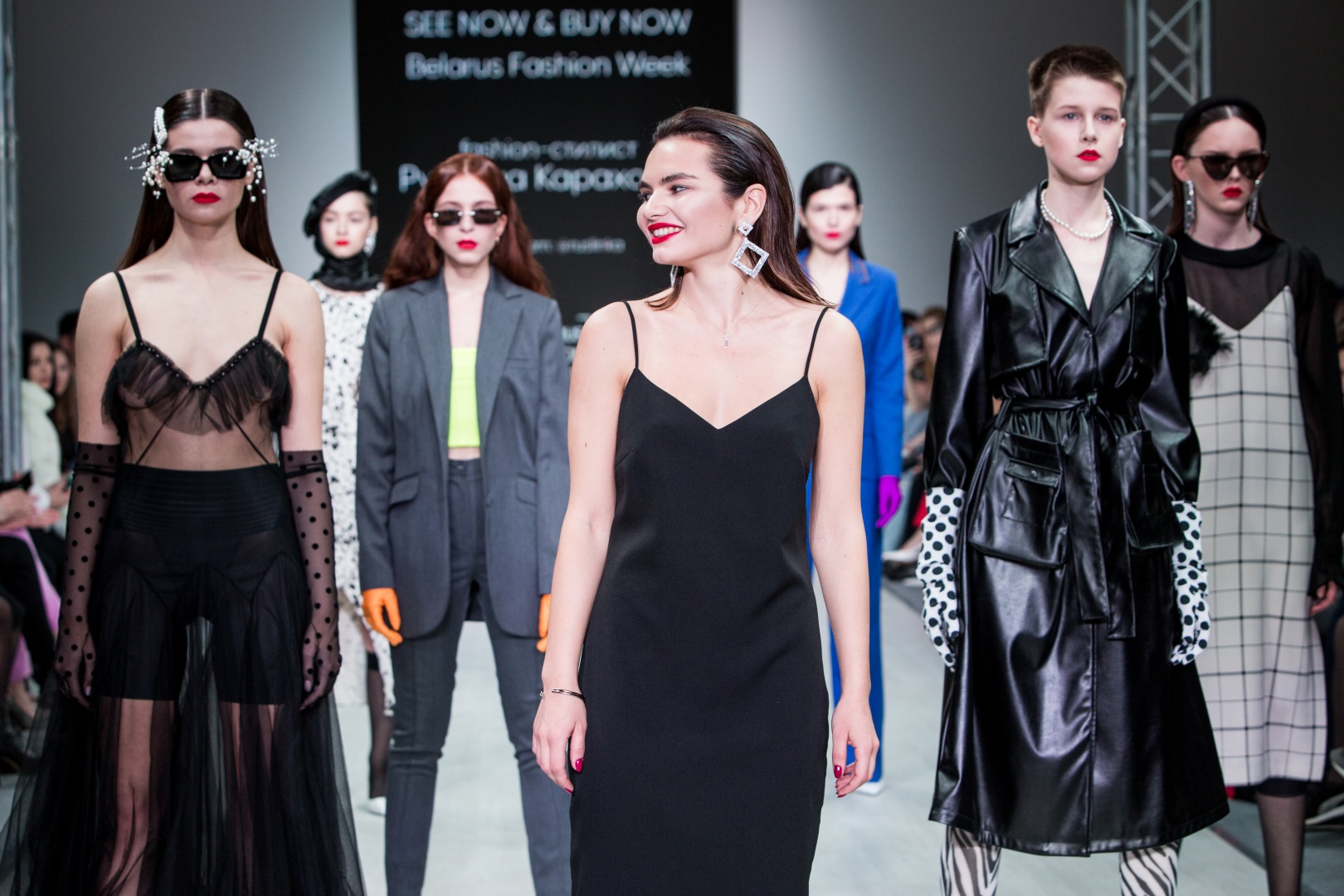 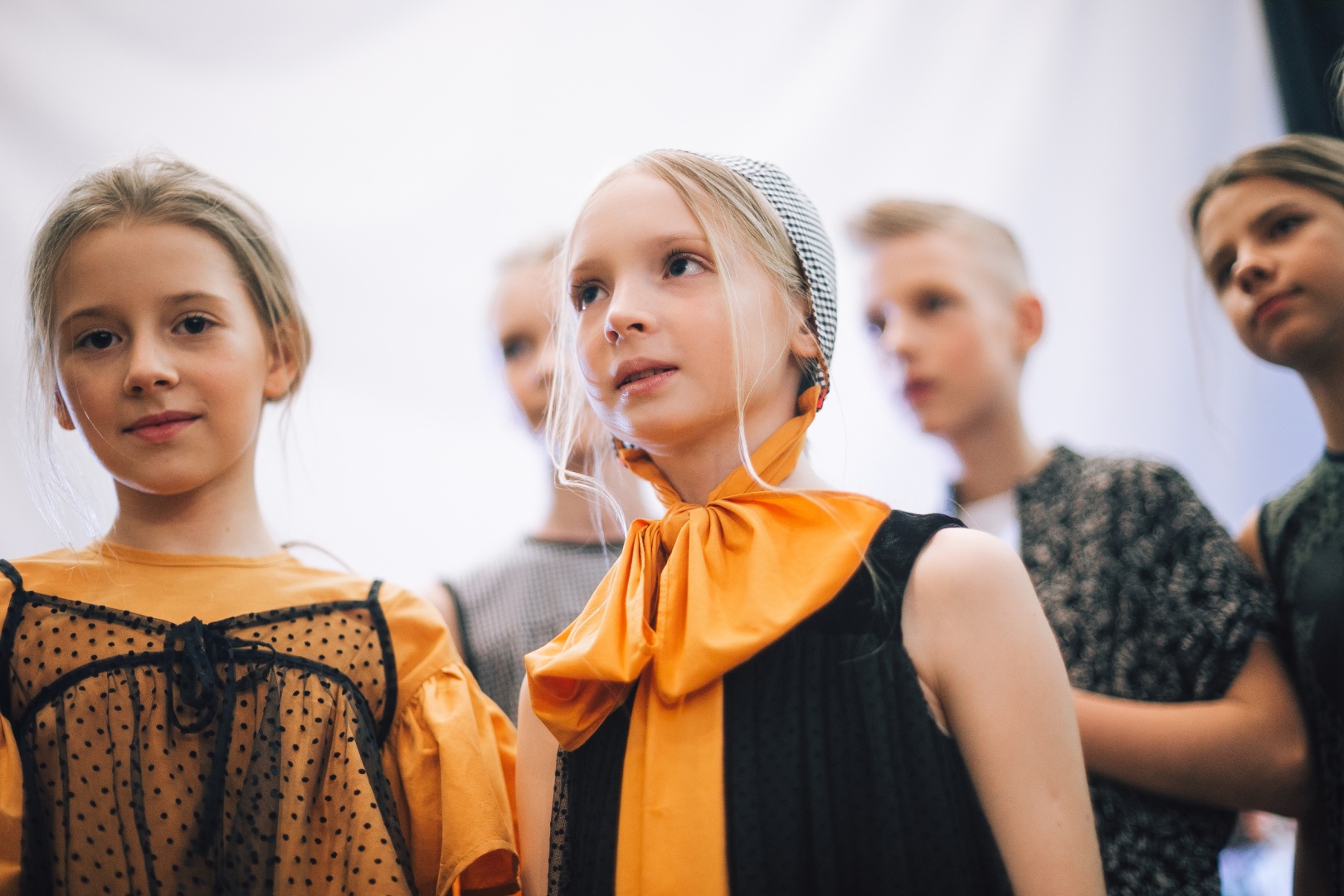 The official makeup artist of the 18th season of Belarus Fashion Week is Mary Kay® company, which this year celebrates the 5th anniversary of successful work on the territory of the Republic of Belarus. Invited star makeup artist - Alexander Kirinyuk.

The creative partner of Belarus Fashion Week in the design of hairstyles is TRESemme professional hair cosmetics, the partner in the style of New York Fashion Week.